When comes to the benefits of kettlebell exercises the one study that is widely touted is from the American Council on Exercise. ACE concluded that the typical 20-minute kettlebell workout burns on average 400 calories. Although this study goes all the way back to 2010, the facts remain. Kettlebell exercises are great for weight loss. Beyond this experiment, no others have really garnered widespread acclaim or recognition.

I had to get creative in my search queries to find any reputable tests that relate to kettlebell training. Unfortunately, there isn’t a whole lot out there but the ones I did discover had some interesting results. Many have a lot of technical jargon, which honestly I don’t completely understand. Although, what’s clear is that certain attributes of participants showed noticeable improvements directly after the study.

Studies on the Effects of Kettlebell Training

The 4 below kettlebell studies all included healthy subjects who were fit or involved in athletics. As much as I love body transformation stories, these don’t pertain to that. Rather, the point was to see what gains (if any) might occur to further improve the subject’s abilities.

The majority of the studies featured either the kettlebell swing or snatch exercises performed over a certain period. Arguably, they are perhaps the first and second most common among the dozens of known kettlebell exercises. However, one study included kettlebell classes utilizing a variety of exercises instead of just a single exercise. 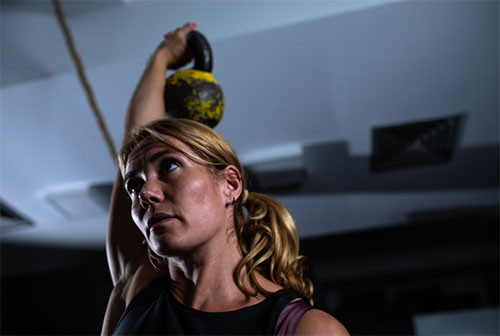 Conducted just last winter in December 2020, 12 participants were to perform high repetitions of kettlebell snatches over the course of 3.5 weeks. Created by Rob Shaul over at Mountain Technical Institute, a group of men and women endured a strict schedule of snatch interval and volume-based reps.

Prior to and after the study period, the subjects were graded on reps or time for hinge lift, hand-release push-ups, pull-ups, and prone-to-sprint. They also performed max reps of kettlebell snatches in 90 seconds for assessment purposes during those times. At just shy of 4 weeks, the author accurately describes this as a mini-study. Obviously, that’s not a lot of time to gather data but understandable given the remote nature of the testing.

What did the results say? Not much changed as far as max effort and endurance strength. At the very least, strength did not decrease. That’s not too surprising given that the women used 12 kg bells and the men 16 kg. Also, as expected, snatch performance increased 17.8% across the board on average. That makes sense since one would anticipate growing accustom to this exercise over time.

The biggest takeaway, however, is the 10.2% performance increase in prone-to-sprint reps. A couple of the participants saw double-digit percentage gains in that exercise. Although, there were also a couple who dipped slightly into the negatives. Still, Mr. Shaul does agree that sprint-based work capacity had increased overall.

For the entire training schedule and detailed results click here. 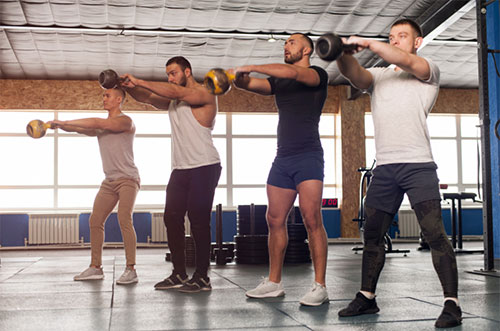 This 2012 study took a selection of young healthy men and divided them into 2 groups. One group had to perform kettlebell swings while the other performed jump squats of various loads. Prior research indicates that jump squat training does improve maximal and explosive strength.

You’re probably wondering the definition of these terms for purpose of this study. Maximal strength refers to the subjects doing a half squat with a barbell loaded with various weights for a one repetition maximum (1RM). Basically, different percentages of the heaviest weight a subject could lift one time. Explosive strength, on the other hand, used the vertical jump height (VJH) measurements of the participants.

As far as the testing period, over the course of 6 weeks both groups trained twice per week. The kettlebell swing group completed 12 rounds of 30-seconds on/30 seconds off of continuous swings on training days. This was with either with a 16 kg. or 12 kg. kettlebell depending on relative bodyweight. The jump squat group completed 2 sets of 6 50% effort unloaded vertical jumps. I’m not quite sure how one does 50% effort but my best guess is that they were told not to fully exert themselves.

The results of this study showed that there was no significant difference in improvement level for both maximal and explosive strength between the two groups. However, training with the kettlebell swing exercise is a suitable alternative to jump squat training for overall improvement in both of those categories. In fact, these results refute a previous assertion that kettlebell swing training was NOT a productive way to improve these categories of strength.

In my opinion, two 12-minute swing workout sessions a week is not sufficient enough for amazing results. I would have liked to have seen more training days per week and longer sessions. Given that the subjects are young, healthy, and active I don’t think that is too much to ask. Perhaps the results would have been much different.

Read the full details of this study and view results by clicking here. 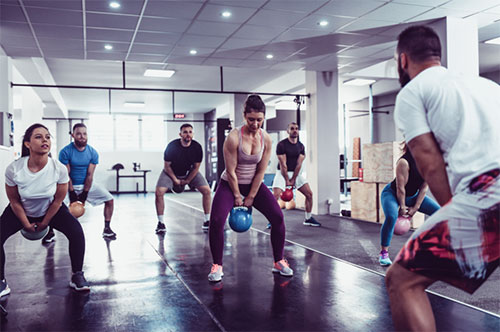 Here is another kettlebell study from 2012 where the control group and kettlebell training group included college men and women. The goal was to determine any improvements in not just one or two areas of fitness but multiple. As with the previous studies, both pre and post-testing of specific areas of physique occurred.

All participants in the study had similar physical attributes to one another. The control group did not perform any exercises or physical training over the 8-week study. For the kettlebell training group, they worked out 2 times per week in classes ranging from 30 to 45 minutes long. Certified kettlebell instructors utilized different kettlebell exercises during these classes.

Unfortunately, there is no detailed information on the exercises or style of workout that the kettlebell group performed. For all we know it could have focused on squats, presses, deadlifts. That’s likely not true but for a fully transparent study detailing time intervals and reps of specific exercises should be standard practice. As such, it’s hard to take the following results as anything but speculative.

These results showed no significant differences in body composition, flexibility, or dynamic balance in the anterior direction between the groups. The one that surprises me the most was the flexibility results as there are several kettlebell exercises that absolutely improve flexibility over time. On a positive note, core strength increased by 70%! Dynamic balance in the posterolateral and posteromedial directions also improved 10.7% and 13.7% respectively.

A brief overview of this study can be found here with detailed analysis and results located in this PDF. 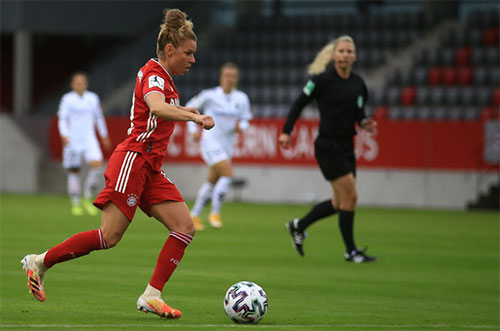 The oldest of these 4 studies happened in the summer of 2011. This particular study interests me the most as cardio improvement and endurance are my main goals currently. The subjects were all female NCAA Division I collegiate soccer players split into two groups. The first group of 9 followed a kettlebell training program while the other group of 8 did circuit weight training.

For their task, the kettlebell group performed snatches for 20 minutes doing 15 seconds of work followed by 15 seconds of rest. The CWT group used a mixture of free weight and bodyweight exercises also for 20 minutes. Each group completed these workouts 3 times a week over 4 weeks. In addition, regular off-season and strength conditioning programs continued as usual for every subject.

The results for aerobic capacity labeled as VO2max did not show any significant change from pre and post-testing of the CWT group. The kettlebell group ended up recording a 6% gain (2.3 ml·kg·-1min-1) in VO2max. That might not seem like much but it’s actually quite a bit. So much as that it was called a significant increase by the research team.

Now maybe this doesn’t necessarily mean that the women in the KB group are better soccer players. After all, you can’t really quantify talent amongst different players. However, in theory, those women in the kettlebell group can probably perform at their peak level for longer. Thus, the benefit of kettlebell snatches for training purposes absolutely warrants further investigation.

If you’d like more information on this study please go to this link or read the entire summary with results in PDF format.

I’ve always wondered what benefits athletes might gain from kettlebell training vs. conventional training. It’s a little perplexing when I learned that many studies are a decade or so old. That doesn’t invalidate their data but it is surprising given the surge in popularity of kettlebells recently. Perhaps we will see some new studies in the near future.

Personally, I’d enjoy seeing some tests with older and less fit subjects. I believe using kettlebells is one of the best ways to get in shape in a short amount of time. Nothing really comes close to them for working strength, balance, flexibility, and lung capacity in a single workout session. The variety of kettlebell exercises available means a person can tailor a workout specific to certain goals or create a well-rounded fitness plan of limitless possibilities.

If there are any researchers looking for a 40-year-old test subject to do a remote study, let me know! I may not be as spry or lean as I was in my younger years, but my motivation and determination for self-improvement have never been greater.

Losing Weight and Toning Up

Using Pre-Workouts For Pump And Vascularity