Peyronie’s disease is a condition that arises when fibrous scar tissue develops on the penis resulting in curved, painful erections. It is non-cancerous, and a curved erection isn’t necessarily a sign that one has the disease. People with Peyronie’s usually experience pain and an inability to have sex or maintain an erection, thanks to the disease.

Additionally, Peyronie’s may also cause significant stress and anxiety, along with the possibility of the penis getting shorter as the disease develops. Sadly, Peyronie’s disease doesn’t tend to go away on its own. Without active treatment, the condition either becomes worse or remains as it is. Early treatment is usually key to managing the symptoms and stopping them from developing.

While scientists haven’t been able to identify the exact cause of Peyronie’s disease definitively, they have pinpointed a handful of factors that are usually common in most cases. For starters, it is widely accepted that Peyronie’s disease tends to arise from sustaining repeated injuries to the penis.

For example, injuries that occur during sex may result in Peyronie’s, along with injuries sustained during athletic activities and accidents. Of course, it is also possible for a patient to recall no such trauma even after the condition arises. Subsequently, scar tissues begin to form, in a haphazard manner, and the curvature begins.

Below are some of the signs and symptoms of Peyronie’s disease that tend to show up gradually or suddenly.

These symptoms may worsen over time (including the curvature and shortening) until they stabilize after three to twelve months. Pain may also increase in intensity for about a year or two when it becomes more bearable. Even at this point, however, the plaques and shortening remain. 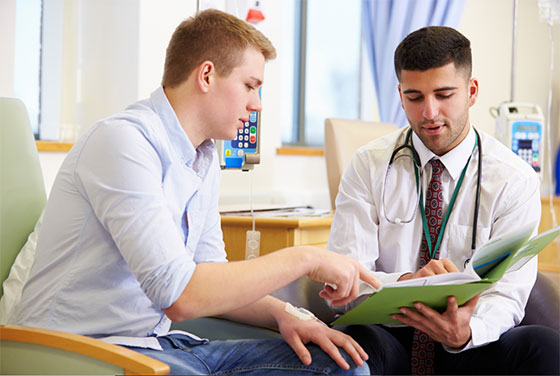 Collagenase is one of the most popular medications for Peyronie’s disease. It is proven to improve curvature and other symptoms. Collagenase works by breaking down the buildup of collagen responsible for curvature.

Verapamil and interferon are other medication alternatives. In particular, Verapamil is used to treat high blood pressure but has shown promise in inhibiting collagen buildup responsible for the scar tissue formation in Peyronie’s disease. Interferon has also shown promise in disrupting fibrous tissue buildup.

Neowave is an acoustic wave therapy device employed in treating a wide range of erectile dysfunction, including Peyronie’s disease. The treatment uses shockwaves to boost blood flow and facilitate net vascularization, among others. Neowave’s acoustic wave therapy is geared towards providing a more long-term alternative to pills and supplements.

Surgery is usually recommended once a case of Peyronie’s disease becomes severe enough and has lasted for up to 9 or 12 months. At this point, it would also have become bothersome up to the point of preventing sexual intercourse.

Common surgical methods employed in treating Peyronie’s disease include suturing the unaffected area, incision, grafting, and inserting penile implants. The exact surgery method employed depends on the peculiarities of the condition, including the location of scar tissue and the severity of symptoms.

Traction therapy can be employed in acute Peyronie’s disease treatment to stretch the penis with a device. This mechanical device is usually self-applied and worn on the penis for a specified period to improve the length and adjust the curvature.

The specific duration for which the device must be worn varies based on the peculiarities of conditions. It can be worn, for example, for as little as 30 minutes or for as long as 8 hours every day until improvement starts to show.

As mentioned earlier, it is quite common for Peyronie’s disease to arise due to previous injuries. And while these don’t usually lead to the onset of the disease, the probability can be increased by a handful of risk factors, including heredity, connective tissue disorders, and age.

Lastly, it should also be reiterated that while fibrous tissues in Peyronie’s disease may act like cancerous cells, they are not. Peyronie’s disease is not cancer, and there has never been a recorded instance of the disease turning into cancer in humans.

What You Must Do After Getting Injured While Working Out

My Top 3 Obstacles During My Weight Loss Journey