Fresh off my 30-day weight loss challenge I was feeling pretty good about myself. After being stuck in a rut with my weight fluctuating 5-10 pounds here and there for months, I finally made some significant progress. It took a lot of determination and willpower to get through those 30 days. In the end, I was down 18 pounds from when I started. That was a couple of pounds shy of my goal, but I consider the challenge a success nonetheless.

So what did I do right after the challenge was over? Celebrated of course! Now, experts say that you’re not supposed to reward yourself with food. However, I had my heart and stomach set on a burger meal and chocolate stampede dessert from Longhorn. That’s a calorie overload but for one day I figured I had earned it. After all, I only planned to indulge in that one meal. How much damage could it really do?

Yes, I gained some weight back slightly after that delicious meal. Although, the real problem was that I was starting to regress back to my old eating habits again. I stopped counting calories and didn’t worry as much. There were times when I’d order out while my family was visiting and snack/graze without a care in the world. My mentality was, “I’ll get back on track once they leave”. Well, thankfully they weren’t here for too long because I ended up putting 6 pounds back on!

It was a real eye-opener and made me evaluate all the obstacles I’ve faced and continue to face during my weight loss journey. Some of these obstacles are probably quite common to most people as well. There are 3 that have been a thorn in my side of which I’ll elaborate on. 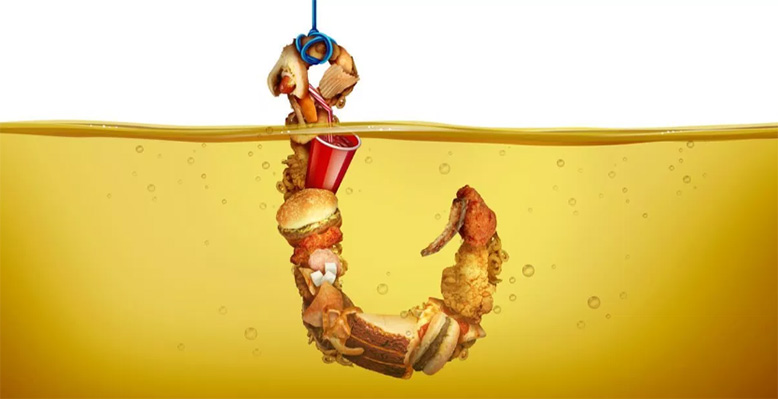 Anyone that has struggled with weight loss knows how difficult it is to keep their appetite in check. Our senses and desires want to steer us down the path of unhealthy eating and society encourages that. How many advertisements are we bombarded with on a daily basis that entices us with juicy burgers, decadent desserts, and so forth? I swear there’s a formula used over and over with slow-motion panning and a deep-voiced narrator. Usually, the gist of those commercials is to offer a deal too good to pass up. “Only $4.99 and you get all of this!”. What they don’t make prominent but are required by law to display (here in the U.S.) are the calories of each meal.

It’s easy to say, on a full stomach, I’m not eating that crap! The problem with us folks trying to lose weight is that are we ever really on a full stomach? Not if we’re trying to lose weight. The objective is to eat just enough to quell your appetite but not so much as to have that stuffed feeling. For me, it’s rather difficult to stay in that mindset when certain circumstances come into play.

Example #1: The Outside World 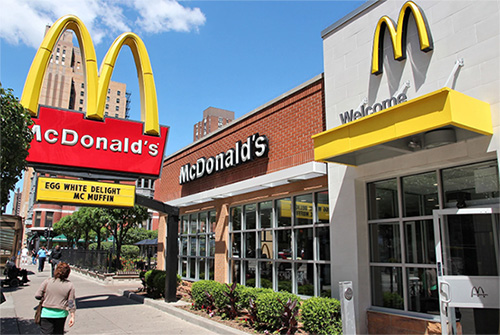 Wouldn’t weight loss be so much easier if we could just lock ourselves inside and shut out any external influences? It’s a nice thought but not very practical. I’m fortunate enough to work at home but life still requires me to venture outside. It’s at these times when I feel most vulnerable.

Driving around here in suburban eastern Pennsylvania, there’s at least one fast-food joint within a mile radius at any given time. They offer quick, convenient, easy, and greasy meals for under $10. Satisfy your craving with their addictive foods and wait 10-20 minutes afterward for that regret to sink in! The worst part is that I know this vicious cycle all too well. However, knowing is not enough. It takes extreme discipline and motivation to not cave in when my stomach is grumbling.

If you work in a large city, as I used to at one point, it’s even worse. There’s the irrational thinking of “I’m walking around and exercising so I can spoil myself” attitude. It’s not just fast-food joints, convenience stores, and restaurants one must mentally fend off. No, there are also the food carts on every corner which oftentimes offer even fattier foods than the places I just mentioned.

Perhaps if you were just passing through areas like that then cravings might be easier to manage. However, working an entire shift with those options available at any time makes for a difficult task in avoidance. We’re human, not robots that are programmed to follow instructions to the letter. That leads me to the next example. 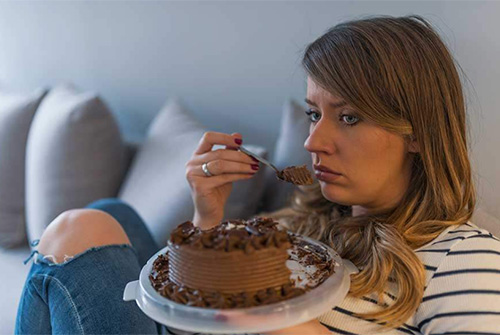 A few days after finishing my challenge I had a date night with my wife to go to a concert. We had some burgers and beer before the show and did some walking around the city. One of the places we saw was a cookie shop. I was having one of those screw it type moments where I suggested we go in and browse. We ended up getting a couple of cookies each but one of the giant ones had a message that stuck in my head. It read: “Sorry your day sucked, have a cookie!”. If I remember correctly, the calorie count on that cookie was around 2,000!

Now, I wasn’t so awful that day that I got THAT particular cookie, but it really made me think. We use stress and emotional events as an excuse to eat bad things. Got some bad news? Let’s order a pizza! Or perhaps you made a mistake at work or in your personal life? Well, the hell with it, give me that pint of ice cream!

The point is, life isn’t always pleasant. It’s a rollercoaster. When something bad happens, we want comfort. For many, myself included, that’s in the form of food. It’s a short-term relief, really. You may feel good at the moment but the problem certainly hasn’t been solved. Usually, regret again sinks in shortly after. The increase in weight that the scale now shows only compounds that feeling of regret and betrayal to your diet.

The “Nice” Friend or Lover 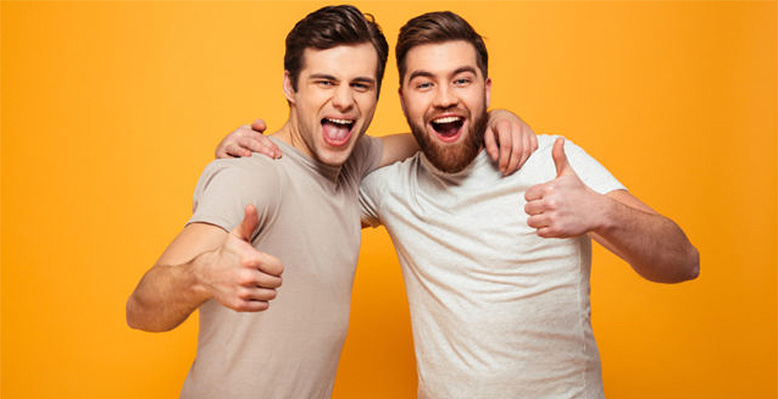 This is a tough one. People like this aren’t evil or bad, quite the opposite in fact. They want you to feel better and not to worry so much. I’ve gotten so many “You look great” or “you want to lose more??” compliments over the past year that I’ve lost track. On the one hand, it’s nice to have that feedback. Although, if you’re trying to lose weight it should be for yourself and not others.

I wouldn’t quite call these people enablers. Perhaps a more appropriate term is non-supporters. In order to successfully lose weight, I believe you have to be unhappy with where you’re at. Who cares what anyone else thinks? It’s about YOU and only YOU. That goes in both directions including the nasty and negative people that find it necessary to hurl insults about one’s appearance. Also, though, those friends and colleagues who mean well but don’t fully understand the desire you have to reach your goal.

Think of it this way. You want to lose weight. You have a goal weight that you’ve established for some time. Would you rather hear: “You’ve lost so much and have made great progress, you don’t need to reach your goal” or “Amazing job, you’ve come a long way and I know you’ll hit your goal weight!”. Neither of those is mean-spirited. However, it’s the latter statement that aligns with your goal and gives some positive motivation to not quit.

It’s hard to stay and remain diligent with a weight loss plan when everyone is saying you look fine. I sometimes question myself, “am I pushing myself too hard?” The answer is no, that nagging feeling of the need for self-improvement might waver but it really never goes away. If you have a friend, wife, husband, boyfriend, or girlfriend that says these things, thank them but let them know you are serious about reaching your goal. That should send a clear message and if it doesn’t you might want to explain why it is so important to you. 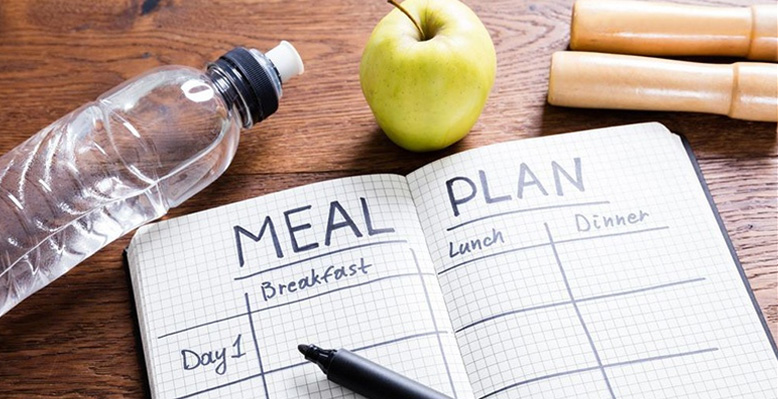 It takes a lot of hard work to plan out healthy meals and prepare them. I’m so grateful to my wife as she has set up a spreadsheet that lists every meal for the week to come. From smoothies and shakes to dinners and everything in between. I’m not so sure I’d be where I’m at now if it weren’t for her taking the initiative with planning and cooking.

It’s a difficult thing to find meals that we enjoy but are also healthy. Yes, there are plenty of healthy options which don’t require a whole lot of prep. Although, since she and I have particular tastes, we are very picky about that which we eat. These meals should be low-calorie, not leave us hungry afterward, and of course, be pleasant to eat.

Don’t expect to successfully diet by eating on a whim. You’ll get bored and discouraged. Sure, there are food services which deliver tasty and healthy meals to your door. However, if you’re doing that every day you’ll go broke rather quickly. My advice, find a nice weekly rotation of meals that are easy to make and cook and stick with those.

Lately, we’ve been alternating between salmon + green beans, steak + broccoli, and kielbasa + green beans. On the weekends we’ll typically use one of those days to prep some meals in advance to fill out the rest of the week. That might include a healthy pizza, some meatballs, or paleo crab cakes. When we’re in a pinch, rotisserie chicken is a great quick and easy option. We enjoy all of these foods very much and have yet to tire of them. Once you find meals that you like and don’t require taking too much time, you’ll get the hang of the meal planning and preparation too.

Final Words of Advice on Committing to Weight Loss

Just because I’ve pointed out all of these things doesn’t make me Mr. Perfect. I have my good and bad times and go through various emotional states. I try my best to not stray too far, but I still struggle from time to time. Don’t beat yourself up too bad if you slip up once in a while. Try to figure out what your greatest weaknesses are and devise a plan to circumvent or prevent them.

One of my most noticeable traits is my stubbornness. This works both for and against me personally. It can really piss people off if I’m set in a particular way. On the flip side, it pushes me to further improve myself and be the best that I can be. I’ve learned to harness this trait and use it to my advantage. I’ve also been working really hard at stepping back and be accepting of others as it relates to the negative side of my stubbornness. I’m not a personal trainer, guru, or whatever. Just your average guy who wants to better himself and inspire others to do the same.

Kettlebell exercising and sport is starting to gain traction in India

Why You Should Start Your Daily Kettlebell Workout with Resistance Training